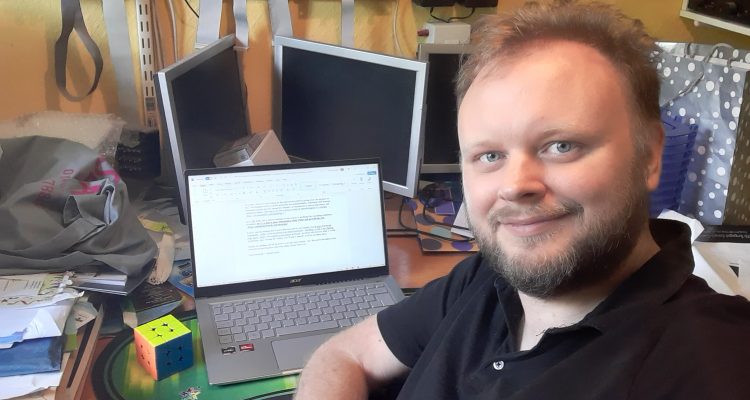 Chris Bonnello is an autistic advocate, author and former teacher, having taught in mainstream primary and specialist education. Since 2015, he has become a national and international speaker on autism issues, and the multi-award-winning writer behind autisticnotweird.com. He is also the author of the Underdogs novels, a near-future war series featuring autistic and otherwise neurodiverse heroes.

Bonnello was first assessed for autism in 1989, at the age of four. Despite a damning report into his deficiencies concerning speech, expressive language and social competence, he did not receive a diagnosis due to misconceptions about autism in 1989.

At the age of ten, an educational psychologist reported him as having a “slightly odd personality”. He grew up believing himself to be the weird kid, until his Asperger Syndrome diagnosis finally came at the age of 25. Since then, he has been able to turn his attitude around and define himself by his strengths rather than his weaknesses, and encourages other autistic people to see their own strengths.

Having qualified as a teacher and worked in primary education, he left mainstream teaching and launched Autistic Not Weird in April 2015, to share his insights from both a personal and professional perspective. He later re-entered teaching as a specialist education tutor (later becoming a teacher in an autism-specific school), before leaving teaching permanently to become a full-time autistic advocate.

At time of writing (October 2022) autisticnotweird.com has had nearly 3 million page hits, and his Facebook community stands at over 160,000 followers. Bonnello also has followings on Twitter, Instagram and YouTube. Meanwhile, follower support on Patreon has allowed him to write for Autistic Not Weird for a living.

Bonnello delivers talks (nationally and internationally), has been nominated for six awards to date (winning four), has played chess internationally (winning nothing), competitively speedsolves Rubik’s cubes (personal record 12.009 seconds) captains his local Boys’ Brigade company, published his first autism-related non-fiction book in 2016, and the first novel in the Underdogs series was released in May 2019 – two more books have followed to date, one of which was joint-runner-up in The Guardian’s 2020 Not the Booker Prize, and the series has one more novel to follow.

What We Love Most About Life: insights from 150 young people across the autism spectrum (non-fiction), 2016. Art/design by Nancy J. Price.

150 Things To Love About Life: insights from autistic people worldwide (non-fiction), to be published 2023. Art/design by Nancy J. Price.

Underdogs: Uprising (novel), 2024. To be published by Unbound.