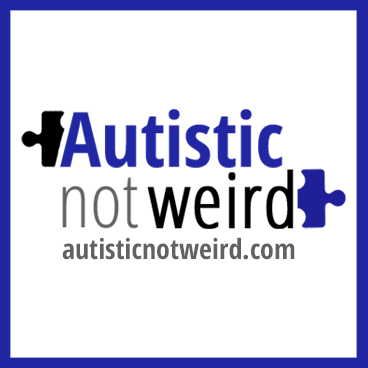 The detectives arrived at one o’clock in the morning. The Harringtons had been too scared to go to bed, still reeling in shock after their return from a nephew’s birthday party. They had not allowed the detectives inside without a close inspection of their ID badges, and had then vanished back up the stairs still in their party clothes.

The first policeman to witness the wreckage stood in the doorframe, hands on hips. Detective Inspector Stewart surveyed the living room with calculating eyes, and not a wince of emotion on his face. After a life like his, the scene in front of him was no more distressing than any other pile of broken wood and glass.

“Weird,” came the voice of the sergeant from behind him. “You’d think they’d have tidied up a bit for us.”

“Not really. Mr Harrington’s a pharmacist and his wife’s a nurse. They’re smart enough not to interfere with a crime scene.”

“I was joking, Alex. Then again, I can’t be bothered to tidy up after a night out either!”

Stewart rolled his eyes, and turned his head back towards his plain-clothed colleague.

“Detective Sergeant Pepper, you’ve been shadowing me for a month now. Perhaps this could be the night your head joins us too?”

“You could just call me Thomas like everyone else. Half the reason I want the promotion is so people won’t call me Sergeant bloody Pepper.”

Twenty-eight years of age, Stewart thought, and everyone still calls you Thomas. Why?

As soon as Stewart had asked himself the question, a theory came to him. There was a day in every boy’s life when adults started to treat them seriously, when Benjamin became Ben, Andrew became Andy, and Christopher became Chris. But in Pepper’s case, Thomas had never become Tom. Stewart found it very revealing.

He brushed his opinions of Pepper to one side, and fixed his eyes to the living room floor. There, his mind brewed up a mix of theories and hypotheses, likelihoods and probabilities, and proof where he could find it.

“Alex?” said Pepper, “em… Stewart? What are you thinking?”

Stewart returned to his senses, and began to arrange his thoughts whilst digging a camera out from his pocket.

“First off, the impact marks on the furniture all have the same patterns, most likely from one weapon held by a single suspect. The marks are consistent with a blunt object- maybe a cricket bat, or a baseball bat, or a-”

“No. Golf clubs leave very deep marks across a very small area. These marks are shallow and spread out. I’d put money on a baseball bat.”

He turned his head to see Pepper leant against the living room door, staring into space and nodding as if under hypnosis. His face held the usual expression of apathy that made Stewart wonder why he had joined the police in the first place.

“Fine, we’re thinking one guy with a baseball bat. So what did he get out with?”

It was a good question. Stewart gazed around the living room, and tried to guess the value of all the objects that had been smashed. The television would have been worth at least five hundred on its own. He stepped back into the hallway, took a glance towards the rooms at the other end of the house, and nodded his head.

“I don’t think this was burglary,” he answered. “This was just vandalism.”

Stewart, gripped by the usual enthusiasm he felt when his brain started to pull ideas together, spun around and grabbed Pepper by one of his shoulders. He pointed his colleague’s head down the hallway, and stuck a keen finger towards the kitchen and dining room at the far end.

“A kitchen and a dining room.”

“Do you notice anything about them, detective?”

“It all looks pretty normal to me.”

“Exactly. A kitchen with good quality appliances, crystal glasses visible through the cupboard glass, a dining room with silver knives and forks, and a badly hidden laptop on one of the chairs. None of that was taken.”

Pepper nodded in agreement, but Stewart could see his surprise.

“If you were a burglar,” he continued with perking eyebrows, “would you wander into someone’s house, smash the valuables and leave empty-handed? The intruder had another reason for being here.”

Stewart tucked the camera into its sleeve and bounded for the stairs.

“Maybe revenge. Or maybe a warning. I’m about to find out which. Mr Harrington!”

The shy gentleman appeared, ghostlike at the top of the stairs with his skin almost as white as his unstained party suit.

“Is everything alright, detectives?”

“Getting there. Do you mind if I take a look at the warning note?”

Mr Harrington’s eyebrows rose and his mouth dropped at the edges.

Stewart gave himself a satisfied smile. Even when people’s words could not be trusted, their faces always told the truth.

“Well, that answers that one. You didn’t want us to find it, did you?”

Unable to hide the confession planted on his face, Mr Harrington retreated to the bedroom with nervous footsteps thumping along the carpet.

“Right, Pepper,” Stewart continued, “I need a favour. Call Superintendent Damon and get him to do a background check on the Harringtons. Either they’re not as pleasant as they look, or there’ll be someone they’re trying to shield from us.”

Pepper retrieved his phone and started to dial, as Stewart returned to the living room for further inspection. The scene had Gary Benton written all over it, but who had he used this time?

It was that moment that Stewart’s gaze found the trophy that had fallen to the floor. With keen eyes and light athletic steps, he tiptoed his way across the glassy carpet to take a closer look.

The trophy should have been in a dozen pieces. The television, DVD player and expensive clock on the wall had all been annihilated, but the most sentimental object in the room had survived.

In the four years since Gary Benton had risen to power in Nottingham, Stewart had come to know the kind of servants he used. They all had the same personality: aggressive, impulsive, too stupid or drug-dependent to refuse orders. Every single one of Gary’s slaves would have destroyed the nice lady’s trophy without a moment’s thought.

The face of Detective Stewart, as if his soul had finally followed him through the front door, began to smile with glee. His hands started to tremble with excitement, and his eyes lit up like Christmas morning. After a year of lying dormant, his favourite assignment of all time had sprung back to life.

“My goodness, he’s alive and well!”

“Who’s alive?” asked Pepper, tucking his mobile phone back into his vest pocket.

“You don’t remember him from last year?”

“Worked in Leicester back then.”

“Just tell me what you’re thinking.”

Stewart rose to his feet and, for the first time that week, smiled at Detective Pepper.

“He’s the youngest career criminal in Nottingham, and the most talented survivor you’ll ever meet. If I’m right, Pepper, we’re after a twelve-year-old boy.”

Pepper snorted a laugh through one side of his face.

“A child did this? Kid must be a nightmare.”

“He’s been frightened into making some bad decisions. But he’s not a lost cause.”

“He’s a twelve-year-old gangster who trashes people’s houses. How do you know he’s not a lost cause?”

“Trust me. There’s still some good in him.”

He found himself nursing the side of his head as it started to ache. The conversation had reactivated old parts of his brain, and awoken his dusty knowledge about Jason. To his side, Pepper shook his head.

“Sorry Al… Stewart. I don’t believe the lad who did this could be one of the good guys. Abusive parents or something?”

“His parents were perfect. The only mistake they made was dying in a car crash last April. The same night Jason went missing, curiously enough. To be honest, I’m surprised the lad’s still alive.”

Stewart walked to the hallway and doubled-checked the stairs for listening ears. But somewhere in a hidden bedroom, Mr and Mrs Harrington were too busy bickering. His comment about the note had clearly worried them.

“So what happens now?” asked Pepper. “We search the streets for a twelve-year-old orphan, bring him in and give him hugs and hot chocolate?”

Stewart lay a hand on the bannister, and gave Pepper a look that mixed all his excitement with all his anxiety.

“But he really doesn’t trust us, Pepper.”